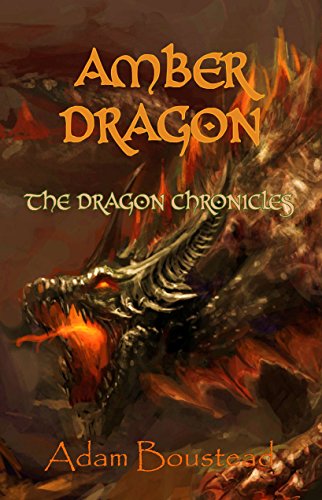 about this book: Amber Dragon is the second book in the Dragon Chronicles series but you don't have to read dragonfly size tales to read this book some still not very very connected the only real karyon is that the upper leg story and the arms I can't not be long is called the beginning of the end of based on two characters from fire dragon fireside tales one is a weird woman which means he's a man turns into a barbarian woman from before Time and the other is a is slowly becoming a dragon the promised for this book really be Amber Dragon was is that I wanted to write something including the stuff that you hold because I come from Staffordshire I've seen all well I said seen it being blind I felt the hoarder I thought the box the glass cases was in and I'm pleased I'm just about that and I don't see why some think mystical magical could be in the mocks that I'm not seeing any more about that one you have to read the book so something is hidden in the Staffordshire hoard that's all I'm saying once again I just suggested my ideas to into print part of paragon publishing and they do the cover for me and they are very clever I thought that they would do the same similar colour to the Dragon fight side tales the first book in the Chronicles series but with different colours that is wonderful because it does can you create a brand.