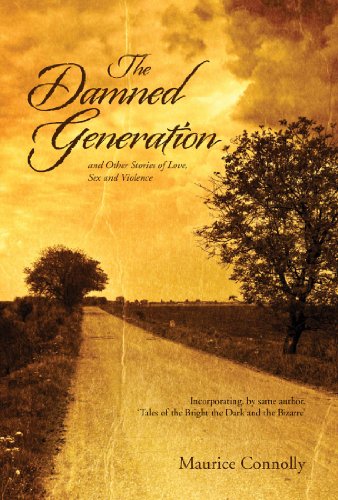 about this book: Greetings readers. My book, "The Damned Generation" is a compilation of short stories, with rural Ireland as the main location. However it could be anywhere as human emotions run parallel in all countries. I've tried to make the content as interesting and as exciting as I possibly could. I certainly didn't intend to bore you, the readers, who are kind enough to have purchased the book in the first place.

The tales in the book vary quite a lot, as various themes are explored-love, sex, violence,horror. One of the stories centres round the Great War. Why pick this as a subject, you may wonder. Well I must be one the few remaining Irish people alive who's father actually fought in that terrible conflict. He was lucky to survive the whole four years. He enlisted with a regiment called the South Irish Horse. They were quickly dismounted as horses were hardly a match for German machine guns. When the war ended the Irish troops returned to a hostile environment.There was very much an anti-British sentiment in the country back then. This had to do with the Easter Rebellion in Dublin and the subsequent execution of the leaders.

So, after the horrors of the trenches, the soldiers-who had nothing to do with what happened in Dublin- came home to a country where they felt unwanted, even despised in some cases. Hence the title of the story, "The Damned Generation."