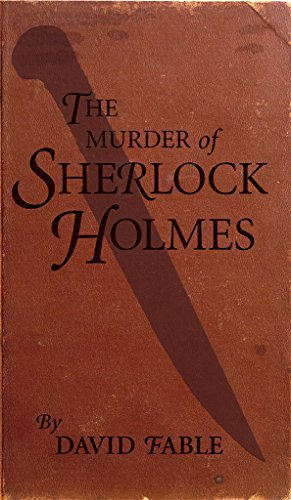 Book: The Murder of Sherlock Holmes by David Fable

about this book: Like millions of readers, I have always loved Sherlock Holmes. What better way to show that love than to have him murdered. In "The Murder of Sherlock Holmes" I attempt to put a new twist on the genre by letting Dr. Watson and Holmes's protege Christopher Hudson (son of the loyal landlady Mrs. Hudson) bring sleuthing into the 20th century. The story still includes many of the colorful characters from the Arthur Conan Doyle canon such as Professor Moriarty, the Baker Street Irregulars and Inspector Lestrade, but, since the novel takes place in 1912 which is 8 years after Holmes's retirement, some have grown up and some have grown old.

This novel is a dark and tangled journey to uncover the answer behind the murder of the world's most renowned detective.

Kirkus Reviews say:
• "...the kind of narrative Gordian knot that Holmes aficionados will relish. Overall, it's a fun, fine setup for a new series pairing Watson with a plucky young partner." 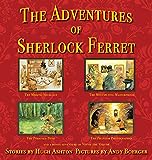