about this book: As a person who grew up in the 1960's and 1970's - the works of author Carlos Castaneda were very popular with large segments of the hip college alternative crowd of thinkers. Years after Carlos Castaneda's death I came across a book `written' by Shaman Lujan Matus, who maintained that he was receiving and exchanging information with Indian Sorcerer Don Juan Matus - the lead `character' in the books of Carlos Castaneda. Shaman Lujan Matus maintains that in his own lucid dreams is where his interactions with Don Juan occur.

All this leads to my connections with Shaman Lujan Matus (yes, who adopted the last name of Sorcerer Don Juan Matus) -- which occurred after I wrote a summary of what remained of the legacy of Carlos Castaneda years and years after his demise. I wrote this in my blog called The Heavy Stuff, which in turn got read by Lujan Matus' wife (Lujan as I understand it does not read) - who contacted me after I mentioned Shaman Lujan Matus in my blogpost as one of the remaining embers of the whole Carlos Castaneda experience.

But, I get ahead of myself perhaps - as I had ALREADY read Lujan Matus' first book - and LOVED it. Found it compelling in many many manners in many areas of mindfulness. True knowledge of the likes that Carlos Castaneda produced for decades in print. Shaman-like knowledge worthy of pondering by nearly all humans regardless of their interest in developing their own awareness abilities.

So, after contact was made to me via a reach out of Lujan - he permitted me to interview him - multiple times - for both my blog The Heavy Stuff AND for my blog UFO Disclosure Countdown Clock. During one of those interviews, and interviews are rare with Lujan, he made predictions and statements about the UFO phenomena quite worthy of a developed Shaman mind. It's those statements of Lujan's that make this Kindle book a great short read that you may read again and again. 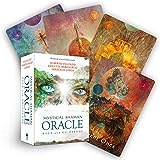 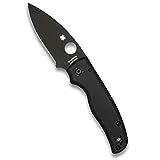