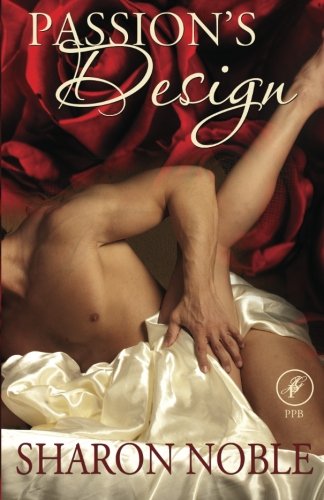 about this book: Passion's Design was the first book I wrote, and I struggled with it for several years before it suddenly clicked practically wrote itself. It began one day when I was walking my dogs and I heard the first line in my head. Then I heard the response, and so on. I wrote the first line and the second, then the characters appeared in my mind's eye, full blown.

The title fell into place because my heroine, Rosalind Hughes, is a Vermont dress designer who is hired to create a high-profile wedding for an aristocratic South American family only to find herself falling completely in love with the groom, Julio de Vega. The marriage has been arranged since Julio and the bride, Margarita, were children and will join two large coffee plantations. The fathers had been close friends and wanted to ensure the land and the resulting economic assets would stay in the family, and the bride and groom are obedient to their parents' wishes. Rosalind's arrival puts a crimp in the plans when Julio finds himself overcome by desire for her. However, he holds American women in disdain, considering them far too liberated, so his desire is unacceptable to him. He is rude, overbearing, and condescending to her in an effort to distance himself from her. He is a slave to tradition, and Rosalind's lack of interest in tradition calls his obedience into question.

I researched the book online, checking and rechecking every detail. Then I asked a South American friend to read it and make sure it was accurate, including my limited Spanish.

As in all of my books, I've included fully-drawn secondary characters who move the plot forward each in his own way. In fact, one of them, Diego, is responsible for turning the plot around to a successful direction. And then there's Jorge, my personal favorite, described as the ugliest man Rosalind has ever seen. But he is utterly charming.

Passion's Design is a book for all ages, all genders, all readers of romance. It's my daughter's favorite, and she was thrilled when she saw the fabulous cover. Pink Petal Books sent me three options for the cover, and I chose the one you see. It was designed and executed by Winterheart Designs, and it reflects the story perfectly.