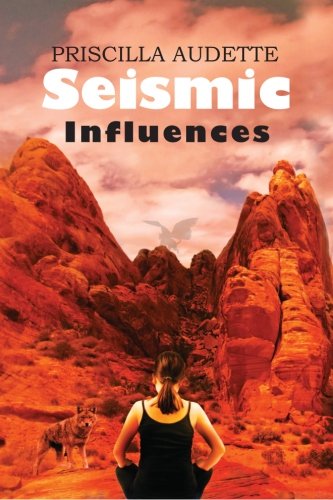 about this book: My novel, Seismic Influences, is a book that some today might call "historical fiction" although it did not take place that long ago. (I say that tongue-in-cheek.) It is a retrospective that dissects the early 1970s during the sexual revolution. Seismic Influences is not an autobiography, although I, the author, did come of age during that era as does the protagonist, Joy. Joy is an innocent when the book begins; she is no longer innocent when the book ends. Admittedly, Joy is very much my alter ego. That being said, there is much that happens to Joy in the book that never happened to me. The framework of the story, however, is very much based on my experience. I worked in a snack shop and the character, Harry, who is Joy's boss, is almost a carbon copy of my real boss back in 1972. Just about every word that comes out of his mouth in the story came out of the real Harry's mouth. He was (what we called back then) a male chauvinist pig. The people who populated the snack shop where I had worked became characters in my novel, and as characters they all evolved into something other than what the original prototype was. Names have been changed to "protect the innocent" and most of them who were already in their 50s back then, 40 years ago now, are dead. That makes this book kind of a legacy for them. The bit in the book about the housewife prostitutes was true. The cops had given my boss a list of the prostitutes just as happened in the story. There are some things you just can't make up. So when people read the book and find something like that offensive or over the top, well, I'm just relating history- and history does have a seamy underside, in fact it mostly has a seamy underside.

One thing I have a very difficult time doing is censoring myself when I write. That is because when I write, I enter what some might call "the zone" – it's an altered state of consciousness where the story flows through me as much as coming from me. And I will admit that my own eyebrows were raised over a couple of sexy scenes in the book. But they were also integral to the story and I chose not to alter them. I think the sex scenes are just over the top enough, frankly, to make them real! I imagine some might struggle with the level of detail, but I think also that it is illustrative of classic struggles with sexuality, womanhood, virginity, sexual awakening, etc. and adds to the story. So, I say those couple of scenes have "redeeming value" to a sufficient extent so that they aren't over the top at all.

As to the title of my novel, Seismic Influences: When I am writing my mantra is to trust the process. Sometimes things that are symbolic or metaphoric are occurring that the writer isn't aware of on a conscious level at the time of the writing. Regarding the title, I was thinking of all things vibrational that penetrate us and influence us whether we are aware of those penetrations and influences or not. But one friend who has recently read my book opened my eyes to yet another obvious meaning of the title. She claims that each character influenced Joy in seismic ways. And taking that observation to the next level, I will say that my novel may very well influence you, the reader, in seismic ways too.

Seismic Influences is a work of literary fiction. Literary fiction is written on many levels and has a depth that one-dimensional genre fiction typically doesn't. Literary novels defy classification. When you read a Silhouette romance novel, you know that is what you are going to be getting, a romantic story that ends happily ever after. When you read a mystery, you know by the end of the tale you will know who dun' it. But literary fiction on the other hand doesn't lend itself to easy definition. Think of the novels by such authors as: Joseph Heller, Nancy Thayer, Tom Robbins, Tim O'Brien Erica Jong, John Irving, or Gail Godwin. These novels do tell a story on the surface, but there are also layers that can be penetrated to reveal more than just the story. You don't have to peal the layers away, but if you choose to do so, you will come away with a greater feeling of satisfaction from your reading experience. There are many, many layers to Seismic Influences. I invite you to read the book and start exploring them.

Is it Joy (the book's main character), or was it me or all of us at that age and time! You will find yourself wondering the same thing as you read and identify with this perfect glimpse into the life of a young woman on the cusp of her own spiritual and sexual awakening. This is philosophy 101 for all and you will find yourself putting the book down for a moment and having deep thoughts about your own life and then jumping back into the book see what happens next. I loved this book and was privileged to read it before it was published having lived in Maine near Priscilla Audette a few years back. I am looking forward to Priscilla publishing many of her other works; plays and scripts, because not having the opportunity to enjoy them as I have would be a crying shame. In my opinion, Priscilla's works are destined to be coming to theaters near you soon! Fingers crossed. Jump in and read; you'll laugh, cry, and enjoy! Bravo, Priscilla! [by Liz Joyce]