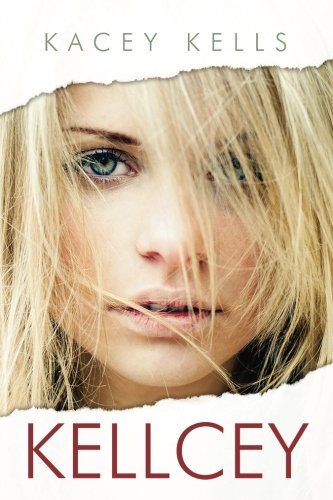 about this book: Kellcey tells the story of a bright happy teenager whose life was shattered by a sexual assault and its consequences. She was living in Victoria, British Columbia, with her parents and sister, Cindy, when their idyllic family life is shattered by the untimely death of Cindy. Kellcey becomes increasingly lonely as her grief stricken parents constantly bicker, blaming each other for the untimely death of their daughter.

Kacey (alias Kellcey), a beautiful teenage girl, is unable to find the love and attention she needs at home and finds it in Ben, a fellow student at her high school. Head over heels in love with Ben, she commits herself totally to him, despite her reservations about the company he keeps. A horrific sexual assault at a party where Ben fails her badly, is to leave Kellcey traumatised and unable to continue to live in her beloved Canada.

She tries to rebuild her shattered life in far off London with a new friend and an online alter ego: 'Kellcey'. Kacey Kell's compelling and at times disturbing book takes us on the teenager's life journey. Courageously, she deals with the dramatic issue of violence against girls and women, and its consequences.

I simply love this book

Very moving book. How can we pretend to love women if cannot respect them? Women's Rights are an essential element of/for a balanced and healthy society!

A beautifully written and deeply moving book about girls and women's fate, which, sometimes, is unfair and horrible. A book full of emotions which portays the plight of all these young women who have been sexually assaulted. Kellcey is a book that everywoman (an man) should read.

Kellcey is a very moving book which describes the emotional turmoil and the terrible consequences that suffer victims of sexual assault. Kacey Kells shows that a victim of rape is in fact twice a victim, because in addition to the trauma of rape, she is overwhelmed by feelings of shame and humiliation, she suffers panic attacks and depression... she's unable to communicate and thinks about committing suicide.

It's hard to become a survivor! It's hard to recover. Kacey Kells explains brilliantly that a rape is not an ordinary crime; it's a crime against humanity. Yes, this book is a must read! [by Sean Dougherty]