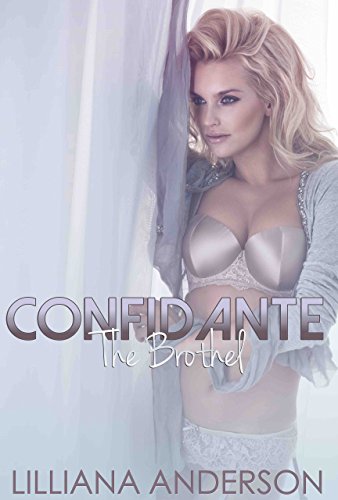 about this book: 'Angelien was aware that she was taking a big leap from being a woman who liked to have a lot of sex to being a sex worker. As she ventured towards Laura’s car, she knew there was no going back. This was it. Her life was about to change, fingers crossed, for the better.

Nerves caused the two women to be fairly quiet during their drive to the brothel for their interview. They had been told to enter through a side door where the office was. There, they were greeted by a tall lady with dyed red hair and heavy makeup, wearing a fitted black skirt and a floral silk blouse. She appeared to be in her forties and introduced herself as Rebecca. She stepped aside and motioned for Laura and Angelien to take a seat opposite her desk.

“You are both very lovely looking girls, although I was only expecting one of you," Rebecca said while eyeing them both up and down. Laura opened her mouth to explain, but Rebecca held up her hand and shook her head. “We are always looking for new girls, so this is a happy surprise. I am sure that you will both be very popular here.”'

Read about Angelien, a 32 year old, single mother, who made the decision to begin working at a brothel in Sydney Australia in the late 80's.

She only lasted a month but boy! What a month it was! She shares her most memorable clients with us in this biography written by her daughter in law, Lilliana Anderson.

Confidante: The Brothel is book one in the Confidante Trilogy (The Brothel,The Escort, The Madame) and is the beginning of Angelien's rise through the ranks of sex workers.