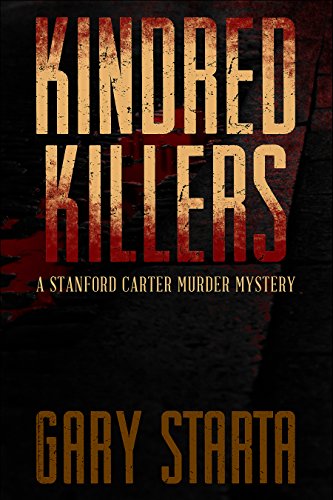 about this book: What if a split personality or dissociative disorder is real? What if someone was killing and they didn't even know they were?

When Det. Carter exhausts forensic means to stop a killer, he begrudgingly agrees to send his CSI fiance Jill undercover to stop the man he suspects, a private detective with an ax to grind against the force.

Will Carter be able to overcome bureaucracy, a conspiracy and scant forensics to stop a possible team of killers making examples of their victims?

And can Carter and Jill survive when a turn in the case suddenly involves the mob?

5 STAR THRILLER - CAN PEOPLE REALLY BEHAVE AS IF VAMPIRES?
A vigilante, a hooker and the mob ... NEW CRIME

Det. Carter deals with scant forensics and dept. policy when a killer goes vigilante and makes examples of his victims ... but is the killer really who he thinks it is?

Making it more difficult, bureau policy states Carter must either break up with his CSI girlfriend, or have her transfer. But before Jill plans to leave, she dares to undergo a dangerous undercover mission to trick the killer. But who is really tricking who?