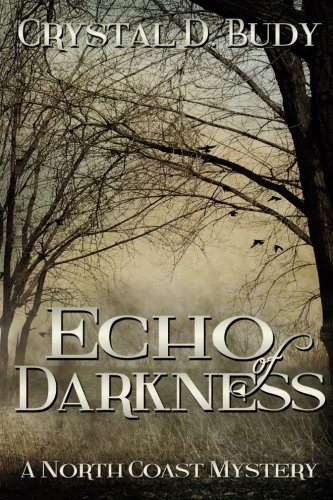 about this book: Echo of Darkness is the 2nd book in the North Coast Mystery series. It's told from the point of view of Special Agent Stevie Winters, a single mother of three who has just transferred to the Cleveland field office from Clearwater, Florida. She's feisty and has a leap-before-you-look type of attitude that doesn't settle well with Special Agent Luke Johnson.

A case from Luke's past comes back to haunt him when a serial killer he never caught starts killing again. Things get tense when Stevie gets caught in the crossfire between a crazed suspect and the sociopathic serial killer, who has his sights set on her as his next victim. Now he has to catch a serial killer and protect her. Something's bound to give.

I've been writing many of these characters in short story form since I was twelve-years-old. Stevie is one of my oldest characters, probably going all the back to when I was twelve. She's made a lot of changes since then and I think she's a much better and more evolved character now.