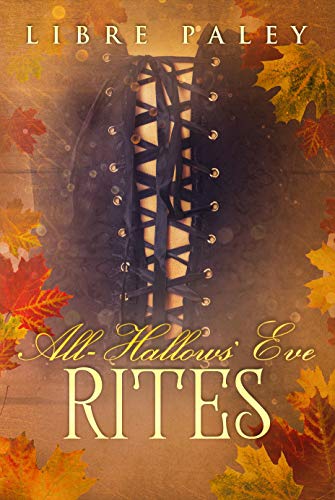 about this book: Are you looking for erotica that is female centred, with sensual but no-holds barred detail? Libre's aim is to write erotica that is sensuous and intelligent, featuring strong female characters. After years spent working in different countries, Libre likes to include details from her travels and experiences in her work, researching the historical contexts of places she's lived in or visited. All-Hallows' Eve Rites was written in the excitement of approaching autumn, Libre's favorite season.

All-Hallows' Eve Rites sees the thrill and mystery Halloween come to The Estate, an otherworldly place of fantasy fulfilment, finding its Director Gizi in high spirits. Dr Grigori, her handsome young colleague, is in less of a holiday mood. To distract him, Gizi reads from the scandalous journal kept by her ancestor Gabriela. The first-person account tells of Gabriela's sexual initiation in nineteenth-century Transylvania, containing details contributing to the vampire legend.

A spirited young woman out of step with her sheltered up-bringing, Gabriela has been promised in marriage to a wealthy Count whom she has never met. A subject of village gossip, the Count lives alone in a turreted Gothic edifice set in wild parklands, and is never seen beyond night and shadow.

As night passes, Gabriela is inducted into experiences of sensual and sexual pleasure beyond anything she has imagined. By the arrival of dawn, Gabriela's fate must be decided.