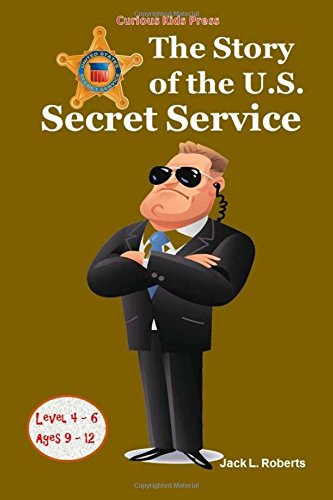 Book: The Story of the U.S. Secret Service by Jack L. Roberts

about this book: What was the original purpose of the U.S. Secret Service? It might surprise young readers to learn that it wasn't to protect the U.S. president. It was to prevent the then-widespread counterfeiting of U.S. currency. In fact, the first 25 presidents of the United States had no formal protection at all! (When Thomas Jefferson took the oath of office, for example, he actually walked by himself from his home in Washington, D.C., to the Capitol. He had no protective services with him – no bodyguard, no police officers, no secret service detail.) That is just one of the fascinating details readers will discover in The Story of the U.S. Secret Service, a captivating biography of the men (and, as of 1971, women) who protect both national leaders and foreign dignitaries. In addition, readers will discover:

• How U.S. presidents have felt about secret service protection. (Their feelings have always been ambivalent.)
• What U.S. Secret Service Agent Tim McCarthy did that no other agent has ever done.
• How the U.S. Secret Service changed after the assassination of President John F. Kennedy.

And much more. The book also includes primary and secondary source quotations that support the text, Think About It questions at the end of each chapter, a Timeline, Glossary, and Source Notes, which help make the book a valuable resource for further investigation and research about the U.S. Secret Service and the Presidents of the United States. Finally, the book is enhanced by photographs that help tell the evolving story of the U.S. Secret Service.