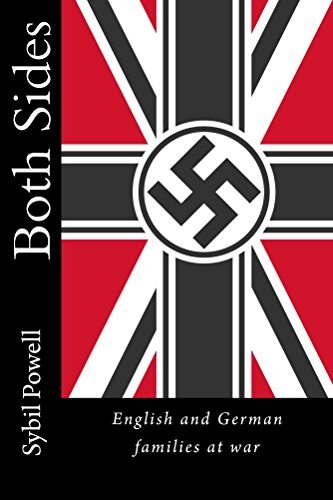 Book: Both Sides - English and German families at war by Sybil Powell

about this book: Two farms in two countries at war, two families and their approach to the two effects of it. World War 2 made a difference to the lives of millions of people here we have just two families and the way they become entwined with each other in a most unlikely way.

The Oakley's in England are all in tune with RAF where father, son and daughter are enlisted whilst mother and younger daughter help on a farm.

The Günter's in Germany where father, mother and daughter try to live a normal life under the Nazi regime and it's unwelcome interference in their lives which are constantly at risk. They add to their own danger by harbouring an English pilot during the whole of the war keeping him safe in demanding conditions.

The book ends just after the war end and includes the devastation suffered by each side and how circumstances of recovery differed. Threaded through the book are the various romances that could only be developed in wartime.