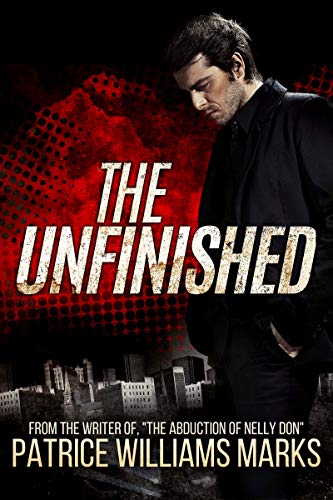 about this book: "The Unfinished" is a mashup between film noir and scifi. The story centers on a man, Donny York, a mattress salesman, who has been brought back from the dead (in the year 2223) to testify against the man who murdered him. As an "unfinished," he has only 72 hours to live again before his 72 hours are up and he returns to his eternal slumber.

This futuristic world looks an awful lot like 1940's Americana. In fact, the language, clothing, give homage to that time period. However, it is the future, so there are amazing advances in both weapons and science. Humanoids are also prevalent and serve as companions with short term memories. Once their data is full, their memories are erased.

Trials featuring "The Unfinished" have become entertainment for the masses; with millions watching via close circuit television cameras. A quick "guilty" verdict usually follows, with a public execution the same day.

The story ends with a rather shocking twist. I am already hard at work on "The Unfinished: Purgatory," that will pick up where this one left off.