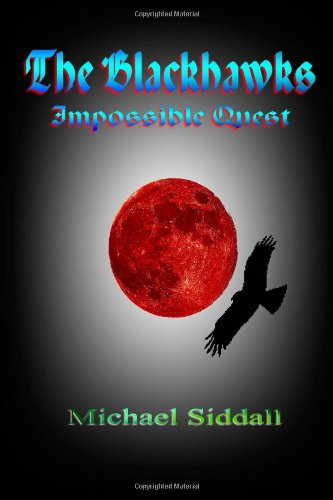 about this book: In a mysterious galaxy far away, on a planet known only as Wind World, there lives an ancient race of elite blue-blood warriors called – The Blackhawk Rangers. Now their once peaceful world is being overtaken by a great war, which is dividing the planet and threatens to spread out across the whole universe – until an awesome hero comes forth to try and save them.

The would-be saviour's name is Rogan, a humanoid so phenomenally gifted that his powers seem almost mythical. And he, like his brother Blackhawks, is ever ready to fight anyone or anything who would threaten their worlds peaceful population of blue-bloods, dwarfs, trolls, giants and elf's. However, when the man-god, Koki, and his vast army of ice giants and monsters threatens to overrun their world, the universe and their very existence, Rogan and his band of brothers protect the peace, serve justice and die if necessary to restore order where there is none.