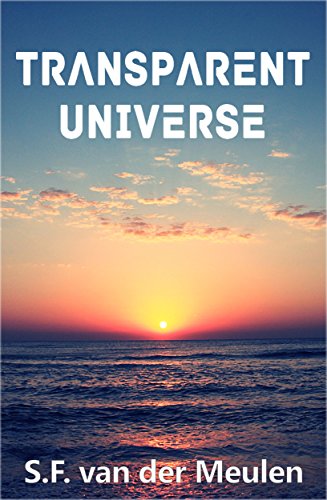 about this book: The book Transparent Universe creates a three dimensional model of the Universe which explains all known phenomena. Cosmology from particle to black hole.

The human brain is by far more powerful than chalkboard mathematical equations. In the last 90 years the scientific model for the Universe has made little to no progress and today's mathematical physicists have misconstrued fiction into facts. There are no special particles, the Higgs Boson doesn't actually exist. Science makes use of intelligently designed particles which nature simply doesn't build. There are no special dimensions. Time is just a mathematical tool. Time does not exist in the reality of nature. They have calculated themselves into a never ending building block that becomes ever smaller without an end. Today's models are merely mock up models of particles and atoms and do not actually behave as such. Everything in the Universe is a shape. And not just any shape but that of a sphere. The book Transparent Universe creates a three dimensional model of particles, atoms and the Universe. Which a human mind can fully understand without the need of mathematical equations. This is the power of the human mind. A theory they can not code using chalkboard equations. However you can fully understand as the nature of the human mind is flexible. See light for what it is as you visualize your way into understanding the Universe. In a non intelligently designed particle point of view all phenomena are understood.

One very well known mathematician once build a theory that is still in use today. His words, "We can't solve problems by using the same kind of thinking we used when we created them." Such as it is, we won't beat nature at its own game. Mathematics is merely shortcuts in the reality of nature. We can only hope to mimic the power of nature.

As Transparent Universe is a book, there is another theory written inside. The second theory explains human nature from an instinctual point of view. The theory explains why not all humans are happy in today's world. Why respect is key to happiness. A demonstration of respect versus a darker way of life and ultimately how humans can achieve real respect.