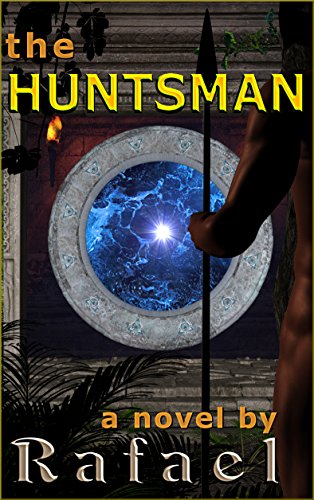 Book: The Huntsman by Rafael

about this book: Like many scientists, particle physicist Joshua Ang labors in obscurity. Spurred by a dream to explore the universe, he will ignite humanity's first traversable wormhole. But Earth's nondescript, backwater location shields it from the Milky Way's reality. As industrialists, governments, and crime lords jockey to control mankind's gateway to the stars, none can imagine what an electromagnetic beacon blaring across the galaxy implies.

Caught in the brutal vortex, Miranda Logan star zoologist, is swept from her sheltered existence and into a violence she could never imagine. As galactic wolves begin tracking the scent, man's twin failings, greed and blind ambition, blaze into vicious in-fighting. Events sweep her across continents and oceans until she arrives in India and make her way to a remote and trackless forest.

Fate now deals its own hand and reshuffles the deck. The coming horde will encounter on Earth a characteristic that exists nowhere else in the galaxy. And Miranda will experience her own revelation: The Huntsman too seeks the device.