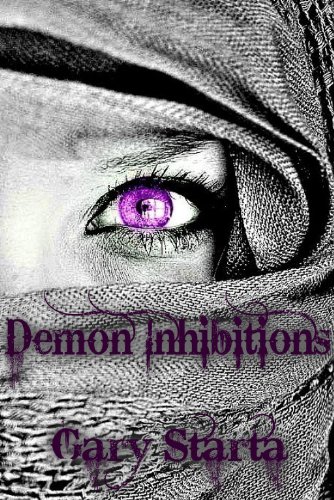 about this book: What if there were another you out there?

How would you react when you met them? Would they have your good qualities, bad qualities, or would they make you take a hard look at yourself.

Physicists are believing more and more in the idea of parallel worlds, and it just may be a portal away.

When Caitlin Diggs is pulled through a portal, her paranormal journey continues and leads her back to the FBI. Facing a supernatural enemy contrived as a demon killing machine gone wrong, Caitlin becomes trapped in its home world where demons are commonplace but it seems the humans may be more dangerous.

Caitlin finds a scientist is behind the evil creation and that this scientist also created another child to atone for his sins. A girl with a singing gift that inhibit demon lust and violence is helping the afflicted deal with their evil urges. But not everyone is singing her tune. Demon haters don't want them healed, they only want them dead.

Now Caitlin becomes more perplexed as to who the real enemy is. And as she digs deeper, she finds the demon is really a genetically created killing machine she has little chance to stop. Or, does she? Because deep inside she carries a secret, a connection to a crystal which changes her day by day and hints at a connection with the goddess Isis.

Will Diggs' supernatural abilities and a girl's singing gift be enough to stop this monster?

5.0 out of 5 stars Demons, FBI and an alternative world! What a great read!
By Nancy Allen

Caitlin Diggs had worked as a topnotch special agent for the FBI for fifteen years. Five months ago she resigned from her job; a job that she loved it was her life. She never planned on quitting but she lost her lover and partner and started seeing visions when she came in contact with people and it was hard for her to keep her emotions under control. She was afraid that people would start to figure out what was going on with her and she would end up in a straight jacket. So she left DC and moved to Salem, Massachusetts where all the paranormal was said to be.

She left DC because she couldn't continue living a lie; she had to tell people about her abilities. She moved to Salem to become a private investigator where she could use her abilities to help people. She was hoping that moving to a town like Salem, being the most celebrated town for paranormal activity, maybe she wouldn't end up in that straight jacket. She thought hey you know maybe she was called to Salem for that very reason to help people by using her abilities.

Someone was killing women in Salem and Caitlin believed it to be a demon, Mollini. She followed him to another realm an alternate world from the one she lived in. She met a man Manners there that she had met in her world. In this alternate world Caitlin had a twin of sorts, a double. There was not another Manners in this world. Not everyone had a double in both worlds. Caitlin had to try and stop this demon from killing women in her world. It was her job to stop demons from harming humans. Someone had to do it as they say but Caitlin loved her job or she loved working for the FBI. Caitlin cared about everyone humans and demons alike. It didn't matter to Caitlin if they were demons or humans, to her there was good and bad in any one of them. Caitlin was on the side of what was right no matter who you were. All she cared about was doing the right thing.

Demon Inhibitions had you on the edge of your seat the whole way through wondering what was going to happen next. There were so many twist and turns with just the right amount of mystery to keep you hanging on right up til the very end. You never knew what was happening. When a writer can keep you in the dark where you don't know what is going on until the end now that is what I would call a great writer.