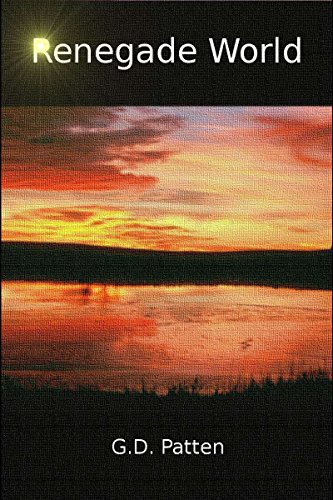 about this book: I, G.D. Patten, am addicted to science fiction and alternative history. The inspiration for Renegade World was Eric Flint's book, 1812: The Rivers of War, and his sequel, 1824: The Arkansas War. Flint's alternate history diverges from actual history during the War of 1812. If you haven't read these books yet, I encourage you to read them.

Naami leads a small group from the late 21st century back in time to the beginning of the 16th century to change history.

Mohkave, the third son of a respected chief, knows he is a disappointment to his father. On the brink of manhood, he desperately seeks a vision.

Perhaps neither of them really controls their own destiny while aliens secretly meddle in human affairs. The aliens Avram and Lilith have been at odds with each other for millennia. Avram is the better shapeshifter, but Lilith has the power to hypnotize humans.

As a reader I like to figure out what is happening rather than being led detail by detail. I like enough description to feed my imagination, but not so much that it crimps my imagination. I have written Renegade World for readers like myself. I actually hope each reader has a different perception. To me, that's the big difference between a book and a movie. A movie, by necessity, has the director's rigid perception.

One of the first reviews I got contained the comment, '"Dances With Wolves" Native American warriors meets "Avatar" superhuman species.' I would have never made that analogy, but after thinking about it, I understood. I hope many other reader surprise me.