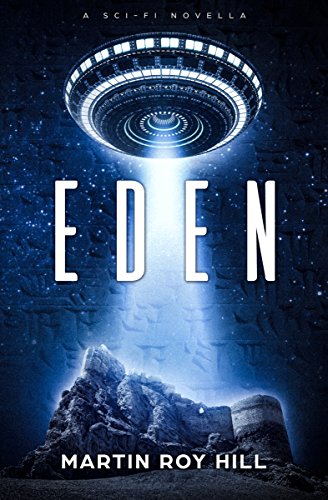 about this book: A sandstorm in Iraq uncovers a long buried secret in the desert, an ancient Sumerian U.S. army patrol sent to investigate the ruins is trapped inside the temple's eroded walls, first by an insurgent ambush then by another, even more powerful sandstorm. When an enemy mortar shell blasts an opening into a hidden burial chamber, the soldiers take refuge deep in the ruins. What they find hidden inside threatens to destroy every belief about the beginnings of mankind—as well as modern civilization as we know it.

Eden takes place in the Iraqi desert during Operation Iraqi Freedom. After 10 years of war in Iraq — and apparently more to come — it's hard to remember that the country was the birthplace of human civilization. It was in Iraqi, formerly part of Mesopotamia, that the ancient Sumerians established the earliest cities and culture. Iraq is also the place where many historians believe the Biblical Garden of Eden was said to be located.