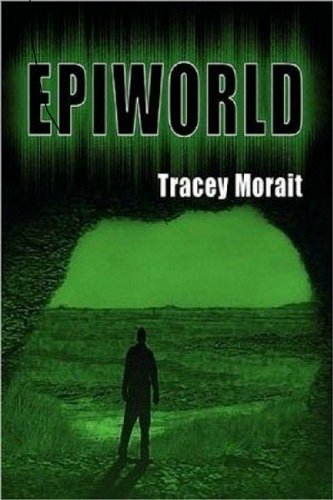 about this book: Epiworld is a young adult science fiction novel set in the futuristic police state of Britain in 2099, where all diseases have been eradicated and outlawed. The population is controlled by 'probing': a small device has been inserted into the backs of people's necks in order to monitor their behaviour and to see if they are breaking the law. Travis is a young man of about sixteen, homeless and without family, who hangs around with a gang called the Rockets, and somehow these gang members have managed to escape the probe. When Travis has a seizure following a bang on the head after a gang fight, he is diagnosed with epilepsy (the 'Epi' part of the title) and sent to one of the many institutions that exist in the country to hide away anyone who is ill or physically different. The institutions are staffed by android nuns and follow the same ideals as the old Victorian asylums; in Victorian times, epilepsy was seen as a kind of madness, and Travis is told he will have to live out his days in the institution because he will never be cured. Once inside the institution, he is fitted with a probe, so there seems to be no chance of escape as his every move is watched.

Dr Alexander, one of the institution's medics, discovers that Travis's seizures are extremely powerful and can transport him through time. When he is told that Professor Chase, the head of the institution, plans to carry out epilepsy surgery on Travis – a banned procedure which could lead to Travis's death – he finds a way to get Travis out by inducing a powerful seizure using the old-fashioned method of electroconvulsive therapy or ECT. It's then that Travis begins his long journey (the 'world' in the title) through time and makes surprising discoveries about himself and the people in his life, about his new friend Demi, Dr Alexander and Professor Chase, but what will be his fate?

Epiworld took about a year to write and was inspired by my own personal experience with epilepsy. A tonic clonic (or grand mal) seizure causes a blackout where time is lost, and I wanted to channel that experience into imagining that a seizure can transport someone into a different time and place. I made a dedication to all fellow epilepsy sufferers in the book and I wanted to show readers that it isn't a condition to be afraid of, that epilepsy is a neurological condition not a mental health one as the Victorians thought. The hardest part was writing in the first person present tense; I did this because I wanted to convey a sense of events happening as Travis described them, but it was very, very difficult to keep it up; however, I think I managed it!

My husband Keith Mitchell designed the cover, showing a young man emerging from a beach cave because the beach plays a major part in the story, but if you ask him what he thinks of it he will complain the colours are too dark (I like it, though!)