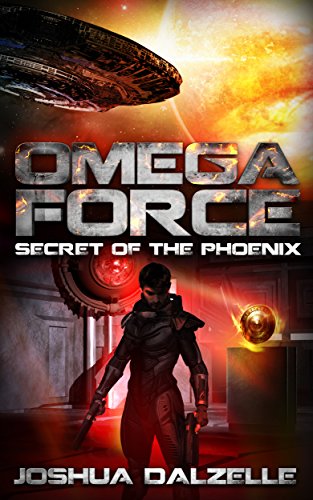 Book: Omega Force - Secret of the Phoenix (OF6) by Joshua Dalzelle

about this book: Captain Burke had been warned by his friends not to ignore the warning an old enemy had given him. It his dying moments the synthetic being known as Deetz warned him that there was something on his ship, something worth killing over. Since he had dismissed those words as a desperate move by a desperate being, the inexplicable attacks on his ship and crew had begun to increase in frequency and Burke had been forced to reevaluate his previous position. He'll soon discover that the ship he'd stolen so many years ago was far more important than he realized and for a terrible reason.

This is the sixth book in the Omega Force Series and as I started it I knew it was going to be the book that tied up all the loose threads from the previous five. Each book in the series is written as an individual episode, and books 1-6 can be looked at as "season one," now complete. Readers are going to learn what the Phoenix has been carrying this whole time and what the implications of that are for the crew and indeed every being in known space. I had a lot of fun writing this book, now that this overarching storyline is complete the series is free to move on to other adventures.