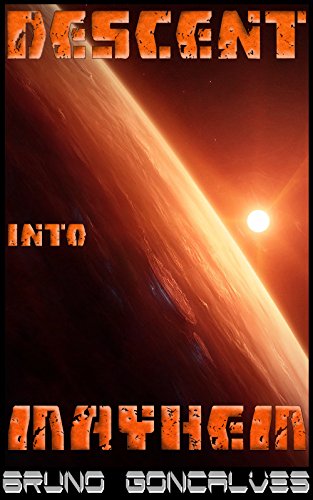 about this book: With Mankind's expansion towards Earth's neighboring star systems and the elusiveness of faster-than-light travel, the expanse of time and distance result in a loss of contact between our home planet and its offspring colonies.

After two hundred years of isolated but pacific existence, one such colony, inhabiting the fertile super-Earth which orbits Gliese 667, finds itself suddenly confronted with a violent and uncompromising attempt by a newly arrived Earthborn paramilitary force to impose annexation through force of arms.

Toni Miura is one local inhabitant who, in his efforts to escape domestic issues, chooses to join Capicua's decrepit armed forces, aiming for the privilege to drive the Hammerhead, a bipedal armored Suit which is the epitome of his planet's ailing warrior spirit.

With the arrival of the Earthborn, Toni's platoon of misfit youths suddenly find themselves in the midst of battle and unprepared for the onslaught which follows. Abandoned by their seniors in the course of a confused rout, Toni and the remnants of his platoon find themselves lost in the wilderness of a world which, due to the nature of its orbit and being tidally-locked with its parent star, suffers periodically from hurricane conditions on a planetary scale.

Thus begins a race against time, where the cadets must outmaneuver a pursuing enemy in the boondocks of a turbulent planet, all the while seeking to deliver an odd but important Bavarian prisoner-of-war to their Headquarters.

"Descent Into Mayhem" is a book five years in the making, and is the culmination of my thoughts regarding a very possible future, be it from the human perspective, be it from the technological one.