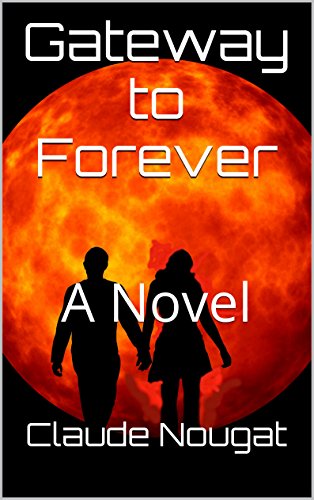 Book: Gateway to Forever: A Novel by Claude Nougat

about this book: Worried about the future of mankind? This book will tell you what the world will be like 200 years from now. Novelist Claude Nougat is also a social scientist (Columbia U. graduate in economics)and she depicts with frightening accuracy the dying world our great-grandchildren will live in, buffeted by many threats, from inequality to climate change.

"Forever Young" features three friends struggling for survival, Lizzie, a young California golf champion, Jamie, an investigative journalist for the World and US Post (the result of a merger between the New York Times and the Huffington Post)and Alice, a lovely Swiss nurse. They face a world in the grip of global warming, eerily like ours, only much worse. The ultra-rich, a.k.a. the One Percenters, live in protected areas while the rest of humanity suffers from pollution, plagues and early death. The One Percenters are the only ones who can afford all the advances of Science, in particular the exclusive Age Prevention Program (APP) that lets them live their whole life span looking "forever young" till the day they drop dead.

Our three friends attempt to enter the APP while Lizzie's uncle, a determined and ruthless 99 Percenter retired from the military, lurks around, hell-bent on carving a place for himself in the APP. Later, many more villains appear, including Gary Trude XIII, the scion of a wealthy wine-making family, who has terrifying Hitler-like tendencies…

• "However smart this book might be, it's also extremely entertaining, thanks to a cast of characters Nougat has created that range from fascinating to despicable" — Marsha Roberts

• "This novel made me treasure our planet and more determined to keep it in a good shape for future generations." — Beate Boeker