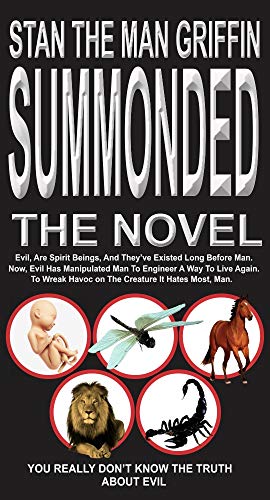 about this book: Summoned The Novel is a Science Fiction/Supernatural Thriller, about a genetic gene therapy research scientist named Dr. Michael Stein, who is called upon by the United States Government and the Department of Defense, to help build a very unique military aerial vehicle that will be part biological and part machine. While working on this advanced flying machine, Dr. Stein starts to get suspicious and figures out that they are using him also to build something else so horrible that if completed if this weapon is unleashed it will cause billions of people to be stung. Summoned The Novel appeals to young mature adult and older adult, with boundless imagination and a spiritual side. It took me over ten years to write Summoned The Novel. I got the idea for the book in the late 90's and wrote a few chapters, but got side track with my music, as time went on and I had moved to a smaller town, where there wasn't much of a night life, and it was a perfect place to start writing again. The Title "Summoned The Novel" fits the plot of the story two fold. The lead character, Michael Stein is Summoned by the Government to Washington D.C. and the villainous entities in the story are Summoned from another dimension. I chose the final cover design of that of a scorpion because the creatures in the story, although they are an amalgamation of several different species, its ability to sting is because it has a scorpion's tail. The hardest part of writing Summoned was learning how to write. I've never written a book before, so it was a on the job learning experience, with all the nuances of telling a compelling story wasn't easy at all. There was a some research of the occult and witch craft and Satanism. What I've learned from writing This book is that I was more driven to finally finish a book.

If you read Summoned The Novel, I want you to come away after turning the last page, and say that is one of the most thought provoking and fascinating science novels you ever read, and the possibilities of the outcome of the book being truer than anyone ever could have imagined.