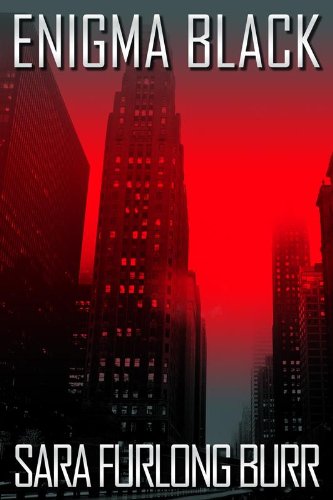 about this book: Synopsis: When I was seventeen, my entire family was murdered in one of a series of mysterious explosions occurring across the country. Badly injured, I, too, barely escaped death, and although my physical scars healed, my emotional state never fully recovered.

It was later determined that the attack that killed my family had been carried out by the entity known as the Man in Black, the same entity who had perpetrated all of the other travesties. With the attacks occurring seemingly at random, President Brooks instituted a nationwide curfew, amongst other measures, in order to keep us safe. I felt far from safe.

Ten years after the attack that permanently changed my life, I was relatively happy. I had a a wonderful boyfriend whose family had all but adopted me, making me feel as though I'd reclaimed what I'd lost. Almost. Despite my newfound happiness, I still craved one thing: Vengeance. I dreamt it, lived for it, prepared for it, but never actually thought that I would get the chance to actually see it...until Blake Cohen came into my life.

He met me at a diner. I didn't know him, but he knew exactly who I was, and exactly what I wanted. But there was a catch. I order to be a part of the apprehension of the Man in Black, I had to leave everything and everyone I loved behind, without any explanation, without any further contact.

It was a choice ten years in the making, a choice with consequences I couldn't have forseen.

• "When reading, I would forget that this book hadn't been written by John Saul or Dean Koontz."

• "Enigma Black, is a wonderful read. Fiction has never been my go to for reading pleasure. However, as an educator being well read in all genres is essential. From this new found revelation my love of fiction has grown. Enigma Black is a most read."

• "It became an addiction, and I couldn't stop reading. Sara has an amazing talent to pick you up, and totally place you in another world. When reading these pages, I felt as if I were there, I could see what the characters seen, hear what they heard, felt what the felt. The whole world around me disappeared. Sara was an expert at not only making you feel like you were there, but you felt all the emotions that the characters felt."

• "I started reading Enigma Black with lowered expectations because this is the first published book by the author. That being said, I was blown away by how engaged I became with the storyline and main characters."

• "I have to give Ms. Burr props for writing a story that is instep with our current political unrest and for creating an amazing twist that will leave you stunned. For that alone, it's a must-read you don't want to miss."

• "Enigma Black equally entertains and satisfies the need for an intelligent read."

A note from the author:

Enigma Black is meant to be fun. My writing is intended to entertain my readers without compromising their intelligence. I like complicated, original plots, not cookie cutter, dime a dozen ones where the reader can guess the final outcome in the first ten pages. Being the first in a trilogy set in a dystopian environment, Enigma Black takes the reader into a world where fear dominates the weak and empowers the corrupt, and vigilantes are the only hope for the restoration of democracy and peace.