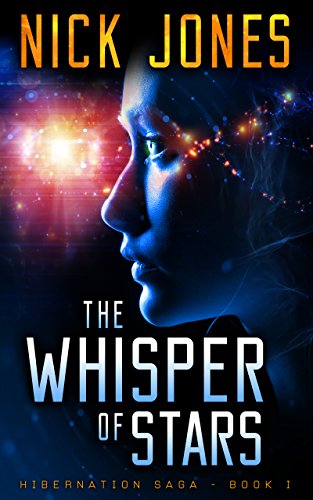 Book: The Whisper of Stars by Nick Jones

about this book: "Nick Jones' debut is an action-packed sci-fi story that masterfully blends espionage with ultra-cool technology and delivers on its promising concept."
Kirkus.com

Humans must hibernate to survive in this fast-paced, sci-fi thriller.
The year is 2091. With accelerated warming and global population out of control, the survival of humanity hangs in the balance. On the brink of extinction, science delivers one last hope. Human hibernation.

Jennifer Logan is a tough cop in the newly formed Duality Division, tasked with enforcing hibernation.

When she uncovers a memory, hidden deep within her mind, her belief in the system she protects is shattered.


Together with an unlikely partner, and convinced that her past holds the secret to mankind's future, she embarks on a dangerous search for the truth, one that rapidly turns into a struggle for her life.

Pursued by the very people she once trusted, Logan must risk everything for answers.

As her world unravels and the layers of deceit are revealed, she is forced to question everything and use all of her skills to survive.

In The Whisper of Stars, author Nick Jones delivers a breathtaking, sinister vision of the future, where nothing is what it seems. He shows us that some secrets cannot stay buried, no matter how deep.

If you enjoy Dan Brown with a dash of Baldacci and a sprinkling of PK Dick then give it a go!

www.iamnickjones.com
Nick Jones was born in Stratford-Upon-Avon, Warwickshire, England in 1972.

His debut novel 'The Whisper of Stars' was released in April 2014. He lives in Gloucestershire with his twins, Charlie and Ella, two dogs and a duck. Nick can usually be found in his garden studio, working on the sequel, surrounded by notes and scribbling on a large white board.