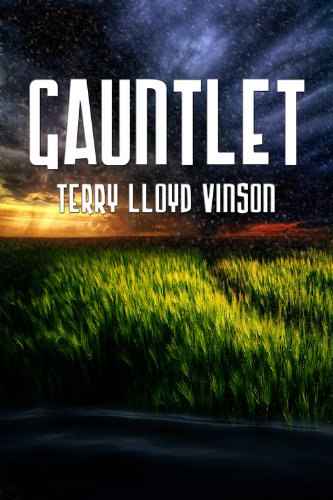 about this book: A futuristic footrace whose contestants distinguish themselves in several ways from any ordinary competition, the first being that each has been chosen, through extensive physical and psychological testing, to represent their individual U.S. state of birth, the other that the first requirement to participate is that each be at least forty calendar years of age.

As far as the challenges involved other than the obviousness of their fellow competitors, each will have to navigate a twisting, turning, live minefield filled with Techno-birthed weather hazards and extremes, to include desert heat, Antarctic ice and snow, torrential downpours, funnel clouds, and Everglades-like humidity, all while being provided only the basest of survival essentials.

Tasked to compete within a billion-dollar, state-of-the-art super-dome located at the center of a vast, desolate desert range, the racers will discover perhaps the most difficult challenge of all is to avoid forming bonds along the seemingly infinite, danger-filled trail.

'GAUNTLET' will provide similar drama and chills as that of Stephen King's classic novel 'The Long Walk', though geared more for an older generation.

Lovers of Sci-Fi/thrillers with an O.Henry-style twist ending will find much to enjoy here.

Author's Note: I began this particular novel in 2011, and it included no less than three prospective endings. Several rewrites later, I believe I found just the right conclusion for all that came before.