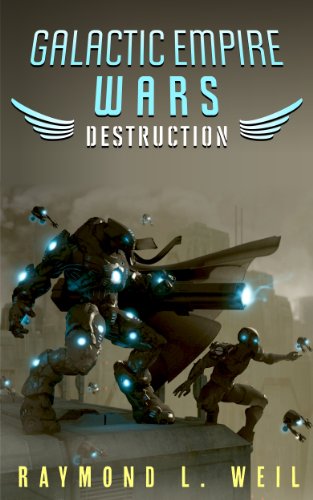 about this book: The Kleese and two other races control the majority of the galaxy. They raid primitive planets for conscripts to fight in their wars of aggression. Earth is the latest victim as the Kleese come to fill up their depleted roster of conscripts. The large military forces on the planet are ideal for what the Kleese needed.

This humanoid planet is also on the verge of breaking out into the galaxy. All they need is an interstellar drive. The Kleese cannot afford for such a young and vigorous race to spread into the galaxy. A quick decision is made. The Earth will have to be eliminated once the conscripts are taken.

Mason Randle controls the large Smithfield Mining Corporation which is headquartered inside of the asteroid Vesta. Upon his shoulders, will fall the saving of the human race.

Marine Lieutenant Wade Nelson has been kidnapped by the Kleese. He vows to someday find a way home for himself and his marines. But first, he will have to fight for the Kleese in their wars of aggression.