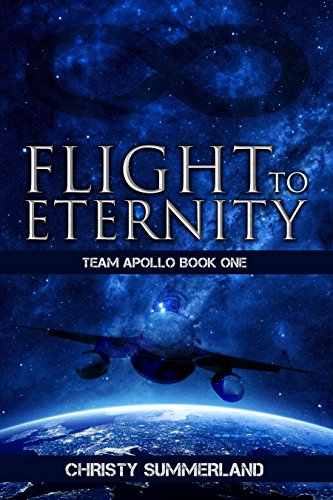 about this book: Flight to Eternity is the first of a series of books detailing the trials of a variety of characters. In Flight to Eternity we meet Team Apollo, the special US Air Force Space Group charged with ferrying passengers to the USS Eternity Space Station. When things go dramatically wrong on Earth, they are forced to find a way to survive and deal with their individual issues, while power plays eventually reveal what's really going on.

The book is self-contained so no one will feel left in the dark, but also easily leads to other books in three other series: one following Team Apollo and their compatriots; one following a group stranded on the oceans of Earth; and one that shows the future of Augustine.

The goal was to present characters with a variety of personalities who use their own methods to adapt and evolve.

Those who enjoy a little science fiction, adventure, mysteries and a bit of romance should enjoy this book.