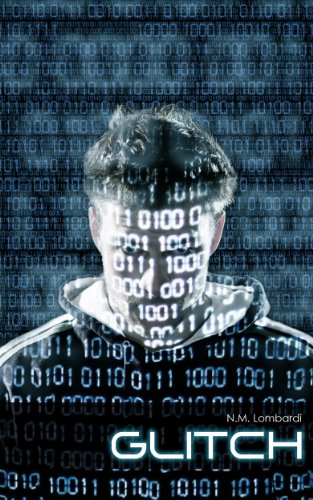 about this book: Glitch explores the age-old science fiction concept of emotion and self-awareness in artificial intelligence, but observed in the spotlight of someone for whom physical and emotional cruelty is pleasure.

Marguerite Mulroney is responsible for physically reconditioning surrendered androids before resale. When Gabriel enters her lab, she uncovers a lifetime of physical and emotional abuse at the hands of his previous owner's son, and the uncomfortable reality that his entire psyche has been shaped by his role as a living victim.

She must now revisit the idea that the machines she's long treated as companionable appliances are as susceptible to psychological injury, and just as needful of kindness, as another human being. No small task, especially when the still-fragile Gabriel's former owner tries to reclaim him.

Glitch began as a few experimental paragraphs posted on my blog, and developed into a full novella as readers expressed interest in finding out what happened to the android, Gabriel. It's the first in what I hope to be a full series of short stories exploring a socially and politically parallel universe where advanced artificial intelligence is the norm.

Although using androids as a backbone to the story places it firmly in the realm of science-fiction, the universe in which it exists is still mainstream enough that even those who prefer more general fiction shouldn't find themselves lost. No technobabble here.