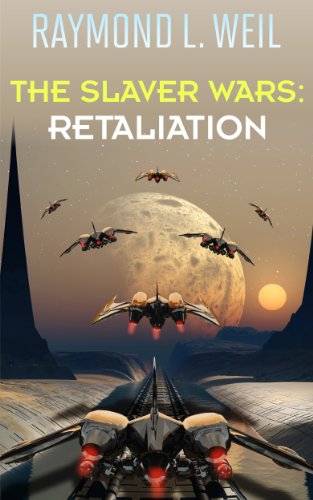 about this book: This is the fifth book in the Slaver Wars series. The series has sold over 110,000 copies in the past year.

The AIs and Hocklyns are coming to destroy Human civilization. A trap has been set, and Fleet Admiral Hedon Streth is leading the shattered remains of his fleets back home. He just prays that the years of preparing for this ultimate battle will allow humanity to win.

But as in all great battles things never go as planned. The AIs have a surprise for the humans. One that will ensure the end of the troublesome race. The AI's Empire spans the galaxy, and only the Humans stand in their way. Their few feeble worlds would soon be nothing more than dust.

Can the human race survive, or are they doomed to be a distant memory in the long troubled history of the galaxy?

Books in the Slaver Wars series: