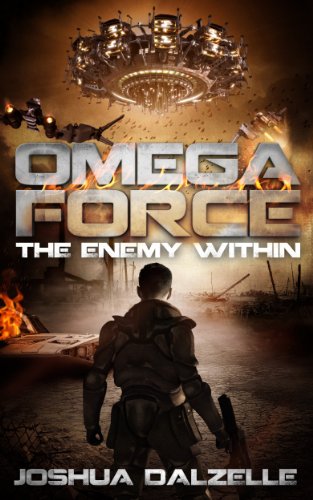 Book: Omega Force - The Enemy Within by Joshua Dalzelle

about this book: The Enemy Within continues the adventures of Omega Force, a mismatched mercenary crew that operates on the edge of the law to help those in need. The story opens with violent protests and riots erupting throughout the quadrant that both local governments, and the ConFed, seem powerless to do anything about. Once Omega Force gets drawn into the conflict, they find things aren't always as they appear and they're forced to dig for answers as the fate of their long-time ally and benefactor hangs in the balance.

When I started writing this book I wanted to get back to the episodic format I had originally envisioned for the series. The first three books could have almost been a trilogy in that the conflicts for Jason Burke (the main character and only human on the crew) that were introduced in the first book were resolved by the end of the third. For the fourth book my goal was a standalone adventure with the familiar characters with a few hooks thrown in for those that follow the series. A reader described the books as "Firefly meets the A-Team," and I can't think of a better way to describe it myself.