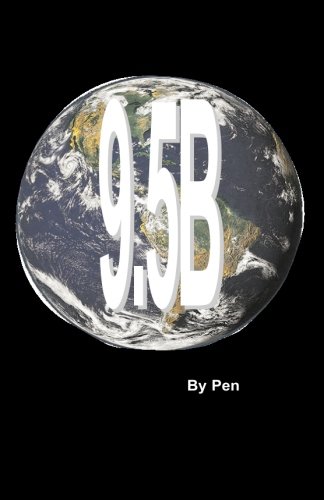 about this book: What will the world be like in forty or fifty years?

The world's population increases at an exponential rate. It is believed that by the year 2060 there will be over 9 billion people living on earth.

There are currently 7 billion inhabitants.

Something has to be done.

Kyle Redford, President of the New World Government, does something.

He implements a plan, outlined by Professor Phillip Markowitz, to eliminate 9.5 billion people.

When Professor Markowitz learns of Kyle's plan, he also learns he must elude assassin Rembrandt hired by Kyle to kill him.

Markowitz joins a small group of people in the desert of what used to be the Southeastern United States. These people are constructing a ship that will take approximately 5,000 survivors to a new planet.

Until, that is, Rembrandt catches up to them.

When naming the characters for this novel, I chose two names in particular that appealed to me.

One of the heroines of the novel is named Stormy Rose Prometheus.

Prometheus was the Greek Titan credited with giving life to man through means other than natural reproduction.

Dr. Stormy Rose Prometheus is a scientist in the novel who clones herself a daughter, thus creating life through means other than natural reproduction.

But then, she did steal his DNA.

Which enabled her to live to be 124 years old.

There's a lot more to the story than just an escape plan.