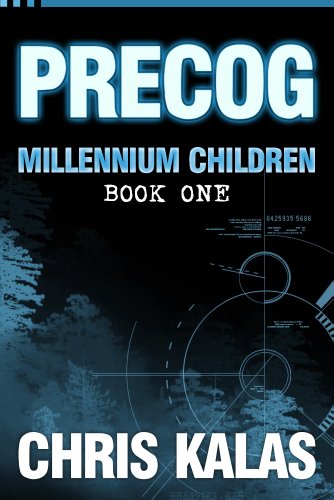 about this book: This book came about when my sons and I were on a hike - we were discussing the state of current YA fiction and how most of the ideas behind them, such as Harry Potter, Twilight & others simply repurpose previously thought of ideas - so we set to coming up with, hopefully, something completely new: kids gain psychic powers out of the blue on their 15 birthday, and every month, kids born during that month would gain a new psychic power. What would a world like that be like. ?We came up with the idea just prior to NaNoWriMo last year and since I'd wanted to do that for years I thought that this was the perfect story to tell. The primary readers are young adults - the same kids who read Heroes of Olympus, Hunger Games and Divergent. It took about a month to write, another 6 weeks to edit.

The title for the first book is a short form of the term "precognition" - I commissioned an artist to design a cover - the style of which will carry through the series. I plan on writing 12 books in total, each featuring a new psychic power, in this world. The hardest part of writing the book was getting started - once I did, the characters almost wrote themselves. Research was mostly for the locations in the novel - I'd personally been to some of those places myself, other times I checked maps, etc. I learned that writing a book requires focused time and dedication. The overall moral of all of the 12 books from beginning to end is: you are in control of your life - don't let others tell you how to live it - a moral which will unfold as the series does.