about this book: It’s 2031. Two global superpowers, America and Asia, have previously fought limited wars over diminishing oil supplies, and their economic interests collide once more. In Part 1, Kantak Johnson, a mixed-race Alaskan, graduates from MIT and joins an Air Force special operations group. The story follows him into a world of revenge, intrigue, and secret conflict and onto an Arctic battlefield to defend his family and the land he loves.

The Sky Between Two Worlds is a thinking person's techno-thriller of a near-future world where two hostile powers have stealth warplanes that the other cannot detect. America is caught up in fragmented political parties, influential special interests, cross-border drone attacks and inexperienced leaders. After a drone strike goes tragically awry, the conflict crescendos into disaster.

Part 2 resolves the global conflict and describes the efforts of Kantak and others to recover from it.

I was inspired to write this book by the large number of apocalyptic novels portraying an immediate descent into chaos, not that such descent wouldn't be possible, but rather because careful planning, storage of certain critical technologies, and immediate action can prevent it. 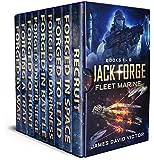