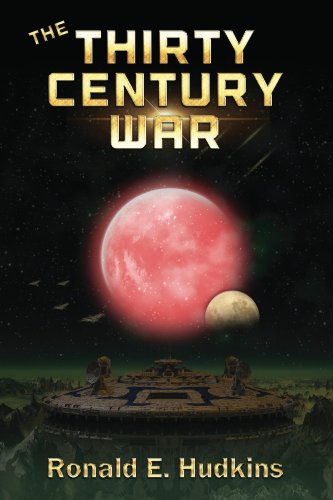 about this book: A science fiction short story set multiple decades into Earth's future wherein the space battle between three alien races is close to creating the complete destruction of the planet Earth. The human race in between battling a hostile alien force must relocate an entire planets population. Thanks to the assistance of yet another alien race this meshing of militaries makes for a highly unusual but successful turn of events.

Every paragraph chronicles the actions of space soldiers and how one action start or end pushes irreversible battles into an abyss that swallows up life and real estate most certainly to end in total extermination of them all. The Earth's ozone layer now pink was a sure sign humanity was, if nothing else, on the verge of being extinguished. Three planets spewing forth three races of space soldiers engaged in battle after battle in what appears to be a war of certain extermination for them all. Will it even be possible for any given commander in these destructive final days leading human or alien soldiers to ever celebrate victory?