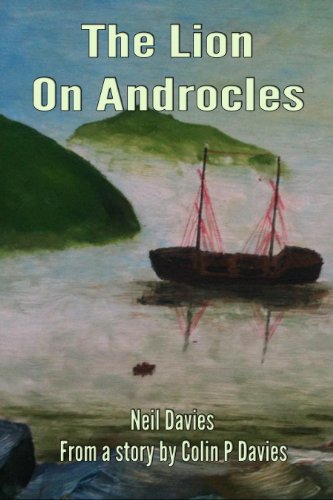 Book: The Lion On Androcles by Neil Davies

about this book: The Lion On Androcles was originally written by my brother, Colin P Davies, many years before either of us were published (it was handwritten in an A5 hardback notebook). At the time I enjoyed the story, a science fiction adventure with aliens, spies, pirates etc., and in fact as my brother showed no interest in doing a second draft I took it upon myself to do just that, handwritten in another A5 hardback notebook. This is the version I found in my attic earlier this year.

I contacted my brother to see if he had any objection to me rewriting the story and releasing it. Thankfully he didn't and the result is the novella The Lion On Androcles.

I hope it retains all its early, fast moving adventure, and there are still aliens, spies, pirates and more in its pages, but I am also hopeful that my writing has improved somewhat since those early, handwritten and, most probably, pre-teen days!

In terms of writing enjoyment, this was probably one of the most enoyable projects I have undertaken. It was great fun revisiting the story I still remembered from my youth, and rewriting both mine and my brothers words. I only hope people reading it enjoy it as much as I did writing it.

• "I thought the lead character was a mix of Indiana Jones, Rambo, Jack Reacher and Jackie Chan. Unable to put it down a real page turner." — jax evitts, amazon.co.uk