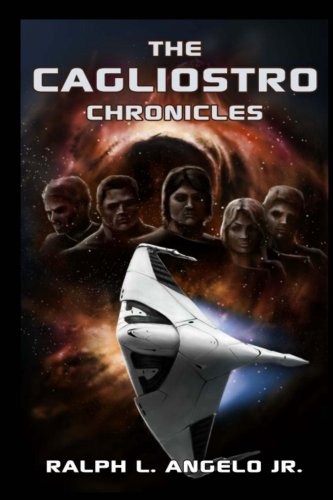 about this book: Man has long been stranded upon the earth, unable to break the light speed barrier and leap beyond the solar system. But all of that changes in 2089, when a brilliant inventor/engineer/CEO takes a hand picked crew of adventurers on a mission so secret only he and the President know of it.

The experimental star cruiser Cagliostro's Maiden voyage will be one fraught with action, adventure and mystery, as well as discovery. Because if the crew of earths first faster than light spacecraft cannot unravel the depths of the interstellar conspiracy that seeks to crush the planet and its inhabitants in a claw of evil, then the entire world and all its people may have seen their last days.

Join Mark Johnson and the crew of the Cagliostro as they seek to unravel a long standing mystery, and in a race against time, return to earth with the results of that secret mission being all that stands between the earth and annihilation!