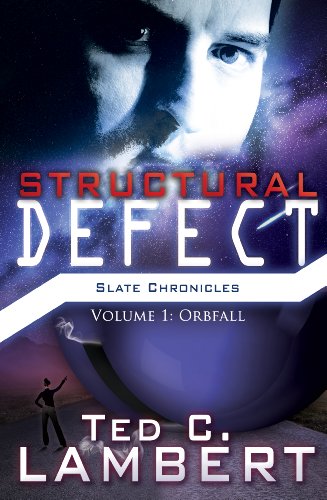 about this book: I have created a thriller that connects my professional life in many technology companies with my muse's insistence that I pump up humans, who are usually at the butt-end of most first contact plots I've read.

Structural Defect is about humanity's response to vastly overwhelming technology, and our struggle to avoid becoming more grist for a war machine humans knew nothing about and have no stake in. It is about hope, courage, honor, and maybe some special skills that have been dormant in us for a long, long time.

My readers should be adult, because war is ugly, and when people get hurt they usually don't say "Darn it all, that really stung!"

We are all defective in some way or another, but so are other species. Defect's heroes are very capable of violence when it is needed to stay alive, but as much emphasis is placed on higher brain functions that enable them to (mostly….) work their way through this ugly first contact scenario's challenges.

My goal was to create a novel, published in Volumes, that is nearly un-put-downable. My readers will let me know how well I've succeeded.

Character is revealed through actions taken in Defect. I hope it strikes a chord in readers, because book number two is complete, and number three is underway!