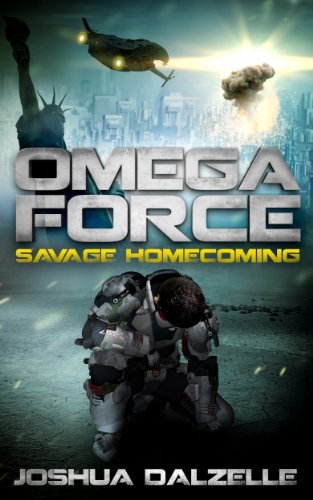 about this book: "Savage Homecoming" is book three of the Omega Force series, a space opera that began with the popular novel, "Omega Rising." In "Savage Homecoming" Jason Burke's worst fear comes true and Earth is attacked by an unknown alien force.

He and his team rush back to his homeworld to find it occupied by ships that are completely unfamiliar and pack weaponry they aren't able to counter.

When I left off with the second book in the series, "Soldiers of Fortune," I knew that there were some loose ends that needed tied up in the story. Many readers were also aware of this and I was surprised when the requests came in for story arcs that had already been outlined in the third book for months. While this story addresses some of those threads, it still holds to the "Omega Force" format and is a stand-alone story with a beginning, middle, and end.

There are some new characters introduced as well as the return of some older ones. I enjoyed writing this story immensely and I hope the readers will equally enjoy reading it.