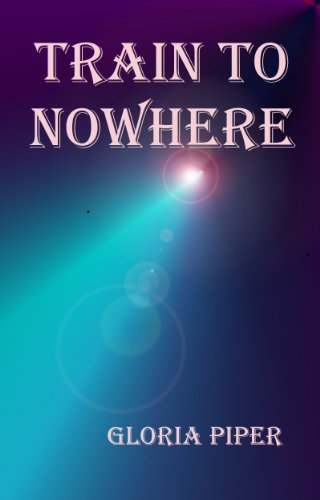 about this book: Admin: Long ago, in the far future, Admin seized the technology and solved the Great Population Crisis by running the Great Solution. Admin divided humanity into three castes. The Landed caste supports the system with their labor. The Nomad caste guards the wilderness and eventually disappeared into it. The Orphan caste, the illegally born, lives out their lives inside a world created for them, the Train.

Garland: Orphan and musician, he yearns for freedom from the Train and from Admin's mind tether.

Hedge: Landed musician, his music is his all, and he will do anything to further his career, even if he must kill Garland.

Mystery Rider: Nomad trader, she holds the answer to freedom, if only Garland can understand it.

Train to Nowhere began as a novella, one of my "what-if" stories. What if the world's overpopulation problem was solved by confining the illegally born to trains? In the novella, Garland's sole aim was to get off the train—and he succeeded, end of story.

A friend told me she knew a writer and suggested I send the writer my story. The author responded with great interest and a scolding. "No fair! You left me hanging." In other words, she didn't consider the story complete.

Hmm. Looking back, I acknowledge the novella was thin. Train to Nowhere, as a novel, is deeper, has more characters, and a lot more story.

Computer terms, Dos and Little Byte, come from the time when personal computers were introduced to the public in the mid 1980s. The computer was simpler, smaller in capacity, slower, and needed floppy disks on which to store and back up files.

When did I begin Train to Nowhere? I don't remember if it was in the 1980s or 1990s. Probably the latter. When did I finish? Basically in 2012. You've got to love your characters and the story to stay with it. If I don't love the story, I trash it. Train to Nowhere did share shelf space with several other works in progress, which still await my attention. The shelved novels have increased in number because whenever I think I'll get back to one, an idea for a new novel forms and demands immediate focus.

And time passes. Train to Nowhere, now completed, won Editors Choice in a contest with a nice purse.

Having a background in art, I like to do my own covers. Whether my designs are good or not is debatable. My first attempts at creating a cover for Train to Nowhere proved hideous. I tried drawing a track, altering photos I took, yuck, yuck, and yuck! Then I got GIMP, a free art software, and an idea. Simplify. Just show the headlight of a train. I diddled with that on GIMP, and with some serendipity, I developed the cover the book now sports. I like it.