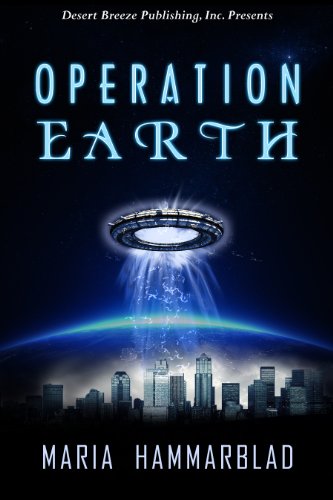 about this book: When Rachael Hill's phone dies and the lights go off she wonders if she forgot to pay the bills. Outside, she finds cars stalled and planes falling out of the sky. Not a good way to start a day. A voice speaks about re-unification, but what does it mean? Within days, anything unhealthy is purged from the stores, the planet has excellent healthcare preventing every disease, and alien soldiers line the streets.

On a ship far above the planet surface, Peter just got his new Earth name, and can't even remember his identity from the last world he visited. It's another day on the job, one more planet on a never-ending list. That is, until Rachael bumps into him, dropping exotic objects all around his feet. His culture taught him females should be obeyed and protected, but he never had an urge to leave himself at a woman's mercy until now.

Rachael fights a losing battle to adapt, until she meets Peter. This particular alien invader has an enigmatic smile and hypnotic golden eyes. Would falling in love with an alien be treason to mankind?

Rachael's neighbors hound her to join the brewing resistance movement and make a stand. As the rebellion gains momentum and open conflict breaks out, humanity teeters on the brink of annihilation. Will Rachael's personal insurrection be her doom, or bring salvation to us all?