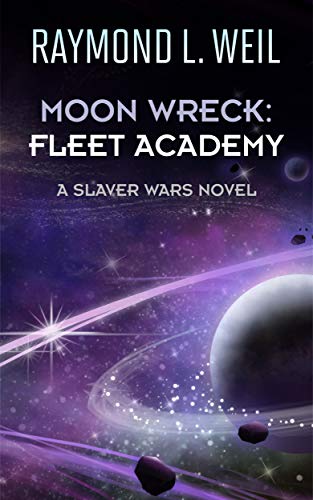 about this book: An academy had been set up on the Moon. It had one simple purpose. Train the best young people from Earth to become part of the growing space fleet. The Earth's first interstellar journey was about to begin, and ten cadets from the graduating class would be chosen to go.

The journey of the interstellar ship New Horizon takes a sudden turn for the worse. The ship finds itself on a course toward a dangerous enemy in deep space. To save the ship and possibly Earth from alien invasion, four of the cadets must band together to fight an ages old enemy.

I wrote this book as a continuation of my Moon Wreck series which has been very popular. This is a full length novel which wraps up that part of the series and sets up the next book in the Slaver Wars series.

I have been very pleased with how well this book has been received with a 4.5 star rating on Amazon and over 90 reviews.