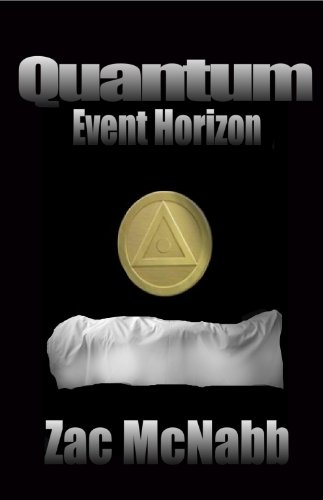 about this book: "Quantum: Event Horizon"

"Don't be scared, son. This is our way, has been for thousands of years. It will be like waking from a dream except…it is something you can't tell someone else. You will have to see how special for yourself."

For thousands of years the Sons of Light or as they are known today the sixth Order of guardians have protected man from the sons of darkness referred to in modern times as the "dominion" or "demonics." It is said that the sons of light are the Sixth Order of Angels created by God to protect the border between earth and the afterlife, I.E. the "Quantum" or the sub-atomic world. What most people don't know is, these guardians and demonics are living men and women.

After meeting a homeless man with seemingly supernatural powers, Sam finds himself thrust in the middle of a new war between demonics and guardians. The demonics, led by Grand Marshall Vanth, now control fantastic new technology that will ensure their victory – and Sam may be the only thing that can stop them.

First, though, Sam must determine who he really is, what secret power lies within him...and if the guardians truly deserve his help!