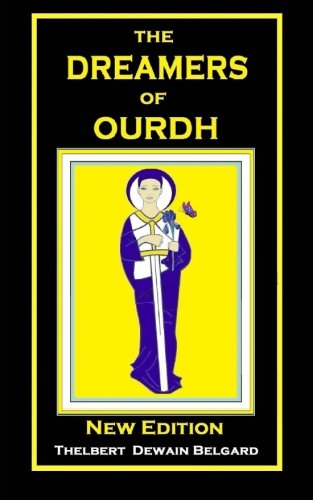 about this book: This book is a complete rewrite of the first edition of The Dreamers of Ourdh. I attempted to remove all but the most necessary parts of the back story and much of the cultural and political background that some readers found boring. I replaced those parts of the book with a dramatization of a few of the action summaries that some readers had complained of in the first edition and used those new additions to the story to further develop some of the peripheral characters. I was determined to keep the book at less than 40,000 words. The first edition (which is also listed on this site) is out of print, but is still available from some booksellers.

The story remains essentially the same, but moves faster and makes for an easier reading experience (to borrow words from one of the critics of the first edition). Those who fell in love with Arenh and Mikah in the original version of the book will enjoy them even more in this New Edition. For those unfamiliar with the original edition, Arenh and Mikah are lovers. But same-gender relationships are not really the focus of the book. The story is set in an extraterrestrial colony in which such relationships aren't stigmatized as they are often are by many in our culture. It's not a gay romance novel.

The new cover is a depiction of one of the characters-- the Ancient Mother, a supernatural personification of compassion something like the Virgin Mary of Christianity or Quan Yin in Chinese Buddhism, except the Ancient Mother has a tough side to her (as evidenced by the sword in her right hand). When Mikah, who suffers from a zipper problem with both handsome young men and beautiful young women, first sees the Ancient Mother, he tells Arenh, "She doesn't look all that ancient." The Ancient Mother answers with one of the themes of the novel: "The shattered petals of a rose are as beautiful as the bud, Mikah. We are all great beings, beings of light."