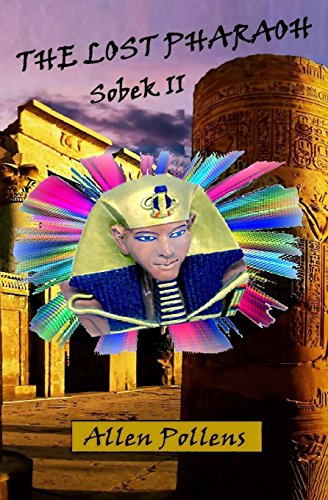 about this book: I often don't know or don't remember where I get my story ideas. However, I know exactly when the notion of The Lost Pharaoh, began to percolate in my brain.

In 1984, Ellen and I took an extended tour of Egypt. We flew into Cairo, and a fast taxi whisked us to our hotel in Giza. Our tour took us on day outings to all of what remained from ancient times.

After a few days, the tour operator put us on an overnight train to Luxor. From there, we traveled on a Nile River boat. It stopped at all the historic sites along the way to Aswan. It was a terrific trip.

Recently, I found myself looking over the photographs we took and I thought about Howard Carter. In addition, I had fully developed characters from my "Conjuror" book who were eager for another adventure. I couldn't stand in the way of that.

A visit to Philadelphia Art Museum's Tutankhamen exhibit changes everything for Dr. Alberto Rodriguez. A professor of archeology at Jess Hawkins University, he is familiar with the whole story of Howard Carter's 1922 discovery of Tut's tomb. His own participations in excavations in

New Mexico and Arizona were worthy endeavors but trivial when measured against Carter's achievements.

Alberto tells himself that emulating Carter and trying to make an equally significant discovery is foolish. He stifles the obsession, but it bursts to the surface when Alberto comes upon reports of another lost Pharaoh in Egypt.

Alberto looks for a way to respond. Finally, throwing all caution to the wind, he draws his closest friends into an undisclosed escapade that satisfies his ambition. There will be hardships and danger, but so what? When Egypt calls, it is time to act.