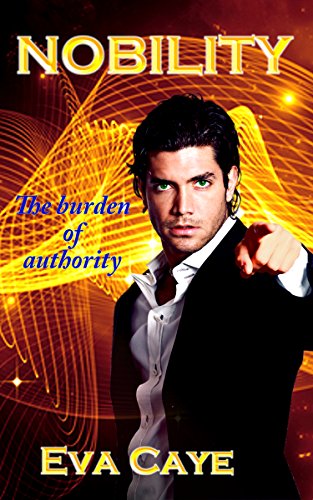 Book: Nobility (To Be Sinclair) by Eva Caye

about this book: Prince Matthieu Sinclair manages his galloping paranoia, borne of witnessing the devastation of the attack upon the Palace by the Attican Empire when he was a boy, by perfecting himself mind, body, and spirit in preparation for his future destiny as Emperor. As a result, his grandparents Emperor Victor and Empress Felice ask him to establish the Imperial Protocol Academy so that all his Imperial siblings and cousins can get training in the needs and expectations Matthieu will have for them in the future.

In addition, Matthieu has secret assignments in the Service, which he recognizes as Imperial necessity, not simply nepotism. Yet his Service duties are partially responsible for his inability to find a lady worthy of being his Empress someday! When he is not gone for months on space duty, he deals as best he can with the socialites, hoping a dedicated and professional lady will eventually stand above all others. Even when he finds Lady Miriel Makov and devotes himself to her, the pressures of being involved with the Imperial family are too great for her to bear!

When the Attican Reparations Project develops problems, Matthieu must take part in the diplomatic mission and face his fears, lest the reparations extend into his reign. The subsequent intrigue, abduction, and mayhem force him to realize the true burden of authority!