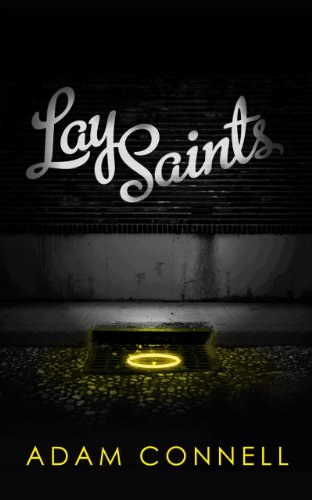 about this book: Calder is a young, untested telepath who finally decides to visit New York City because he feels it's time to seek out more of his kind and he's certain he'll find them there. He immediately realizes that this is a mistake as he becomes entwined in the war between opposing psychic crews who really run the city.

• "The engrossing result feels like an ESP-themed mash-up of THE SOPRANOS and THE WIRE as scripted by Quentin Tarantino." — Kirkus Reviews (starred review)

• "LAY SAINTS, with its realistic and complex cast of protagonists and the added bonus of wild talents up for exploit, is a powerful read that is gritty, honest, gripping and unpredictable." — The Midwest Book Review

• "His style is in turns reminiscent of Elmore Leonard, Chuck Palahniuk, and William Gibson, but his voice is all his own. It's sleazy, it's violent, it's honest, and it's a damn good read." — BlueInk Review (starred review)