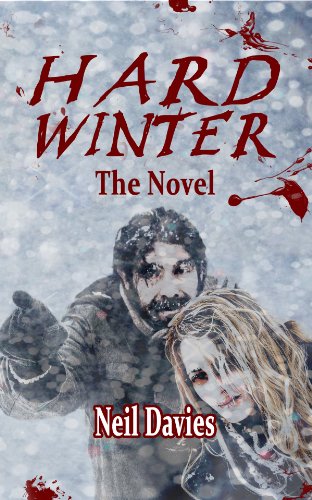 about this book: The original "Hard Winter" was a short story of mine (a little over 11,000 words) published by Eternal Press some years ago. The main drive behind writing the short story was the desire to write about someone surviving in a harsh environment, combined with my love for the strange and dark. It became a post-apocalyptic, new ice-age, dark fantasy written in the first person, something that was unusual for me in a work of such length. I finished the story at a point where the main character had gone through some changes and, after earlier running away, was now willing to stand and fight for his survival and the survival of those around him. It was deliberately left "hanging" with danger on the way, leaving it up to the reader to decide what happened next.

What happened next to me was that people liked the story and started asking for more. They wanted the rest of the story written, what happened to the character, did he live or die etc. Among those asking was a small press publisher from the US, who also asked that, if I did ever write a longer version, could they have first refusal.

To cut a long story short, I wrote the longer version, fleshing out the character more, putting in more incident earlier on and then continuing the story past the end of the short version. This new version I presented to that US publisher, Omnium Gatherum, and they agreed to publish it. As for the title? We played about with different ones but in the end, only "Hard Winter" seemed to be right - so "The Novel" was added as a way of distinguishing it from the original short story.

The story now continues to a "proper ending", but some people have already asked about a sequel. I haven't decided if it needs one yet. But it's a possibility. This story could run and run.